As Al Harrington moves on to bigger and better things as he stepsaway from the NBA, I can only look 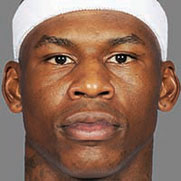 back at the last 16 years in awe of his career. I first met Al in Long Island, NY when I was working with Stephon Marbury during his summer camp. His smile was infectious and he was totally clueless as to what he was stepping into – but he was ready to work. Al’s 16 year career was, in so many ways, a grind.

He followed me from Indiana to Sarasota, FL, to LA, then to Vegas. Everywhere I went, Al went, and we worked so hard together, it was awesome. Al and I were talking recently that his off-season was tougher then the actual season with how hard he worked – on his game and his body. It all paid off. I would hope that any young player could follow in Al’s footsteps and learn to work the way Al did.

Unlike many basketball players at all levels, Al scheduled his LIFE AROUND HIS TRAINING, vs scheduling his training around his life. That’s what it takes to besuccessful. That’s what it takes to play as long as Al did and make the most out of his abilities and talents. If Al hadn’t had the bad luck of the staph infection in his knee, he would play until he was 40 – at least. But Al respected the game, he learned from others his entire career and the 18 year old that showed up at my house and slept in my basement in Bloomington, IN in 1998 is now a strong, successful businessman, father, and one of the best people the game has ever produced. It’s funny now to see people from all walks of life trying to get Al to be a part of their team, business, project whatever. Because throughout his entire career, he wasn’t just a great player, he was a great person. And that is what it is all about.

Congrats on an amazing career, Albert – and thanks for showing me what commitment, work, and consistency can do for an athlete.